The Arbitration Agreement – Keep It Simple 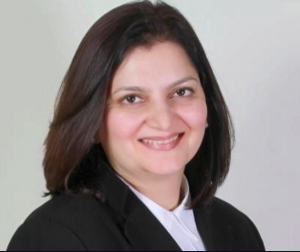 An example of a basic arbitration clause is:

This is not to say that disputing parties must not attempt reconciliation, but that can always be done even without contractually providing for such a process. When parties are in disagreement, with one another, they must have the freedom to arbitrate, when they believe that the talks have broken down, rather than continuing with a process just to complete its formalities.

Number of Arbitrators: Considerable thought must be given to the number of arbitrators constituting the arbitral tribunal. As a rule of thumb, it is advisable to opt for a sole arbitrator as opposed to a panel of arbitrators, particularly in low value contracts. Arbitral fees can be prohibitive. Coordinating mutually convenient dates and time of three/five arbitrators can itself become challenging. Unless there is a thought through compelling strategy behind opting for a panel of arbitrators, a sole arbitrator should be the norm. It is advisable to review the fee schedules provided in the Arbitration & Conciliation Act, 1996 (Fourth Schedule) and also the fees schedules in case of institutional arbitrations and make a comparative fee analysis, prior to drafting the clause.

Fast Track Procedure: Under s.29B of the ACA, it is possible for parties to provide for a fast track procedure in writing ‘at any stage’. In low value contracts it is advisable to opt for the s.29B procedure at the stage of drafting the arbitration clause. The fast track procedure inter-alia envisages a decision on ‘the dispute on the basis of written pleadings, documents and submissions filed by the parties without any oral hearing’ and requires that an award be made within six months from the date on which the arbitral tribunal enters reference. In this procedure the parties and the arbitrator are free to agree on a fees.

Importance of Seat: It is imperative to designate the arbitral ‘seat’. ‘Seat’ is the determinant element for the supervisory jurisdiction of courts. It is settled law that ‘seat’ and ‘venue’ can be different. It is entirely possible that parties may choose a ‘venue’ for the convenience of conducting arbitration and a completely different ‘seat’ for the supervisory oversight of the courts on matters such as injunctions, appointment of arbitrators, objections to the arbitral award etc.

In-depth research on courts and the manner in which they have dealt with these important aspects, particularly in cross border disputes, must be undertaken, before deciding on a seat. Keep in mind that the law of contract (lex contractus), law of the arbitration agreement (lex arbitri) and procedural law governing the arbitration (curial law or lex fori) are all important aspects in relation to arbitration and can become contentious as well as extremely relevant, for the determination of the seat, when such seat is not explicitly stated. It is not unknown to see protracted court battles for determination of seat. The issues become more complex if international jurisdictions are involved. Therefore, particularly, in cases of international commercial arbitration, give careful thought to each of these laws and keep them of the same country to the extent possible. I cannot stress enough the need to define ‘seat’, particularly where the lex contractus, lex arbitri and lex fori or one of them are different.

Jurisdiction: Matters can become further complicated if the arbitration agreement provides for a jurisdiction of courts different from the ‘seat’ of arbitration. Albeit, the Apex court, recently, in the matter of Indus Mobile Distribution v. Datawind Innovations [2017 SCC OnLine SC 442] has held that seat confers exclusive jurisdiction, it is best to avoid giving lawyers food for thought and keep the ‘seat’ and jurisdiction consistent in the dispute resolution clause.

Binding Nature of the Award: The arbitration clause must mention that the arbitral award will be final and binding. Under Indian Law a non-binding award is no award in the eyes of law. Arbitration is a consensual process. If the language of the arbitration clause conveys a cloud on the mandatory nature of either submission to arbitration or that the parties did not intend for the arbitral award to be final and binding, the submission and/or award, as the case may be, can be brought into question. The language must convey the intent to arbitrate and to be bound by the decision of the arbitral tribunal in unequivocal terms.

Avoid expressions like ‘may’ or ‘can’, which connote a mere desire. Instead opt for a mandatory form of language using the expressions ‘shall’ or ‘will’. While drafting an arbitration clause, use language that is unambiguous, necessary and devoid of needless verbosity. Shakespeare once said “brevity is the soul of wit”. It is apt for any legal drafting, but apropos for an arbitration clause.

This article is for informational purposes only, and is not intended to provide, and should not be relied on for legal advice. Readers are advised to seek independent legal advice for drafting arbitration clauses in accordance with their peculiar facts and circumstances.